You have permission to edit this article.
Edit
Home
Newsletter
News
Capital Chatter
Share This
1 of 2 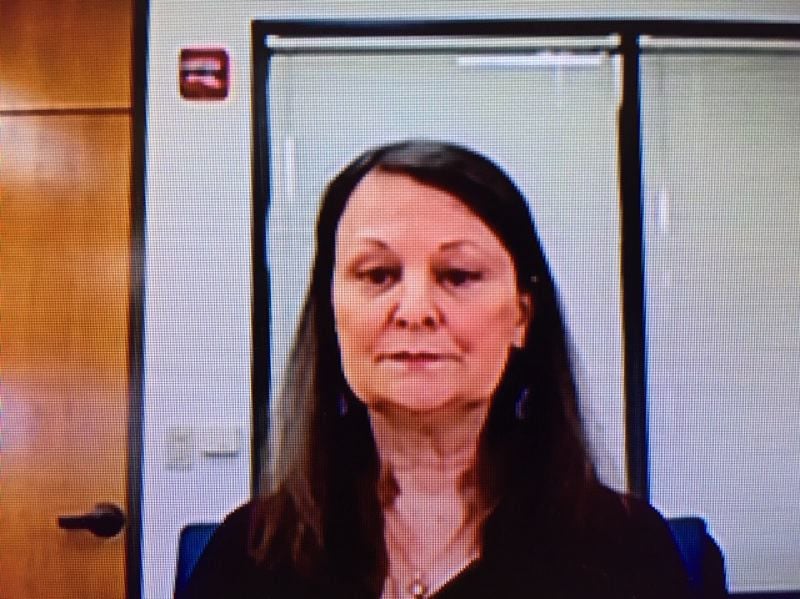 PMG PHOTO: PETER WONG - Kay Erickson via video Saturday, when she and another top Employment Department official were questioned by state lawmakers about the agency's backlog of unemployment claims and public inability to reach the staff. Gov. Kate Brown announced Sunday she asked for and got Erickson's resignation as director. 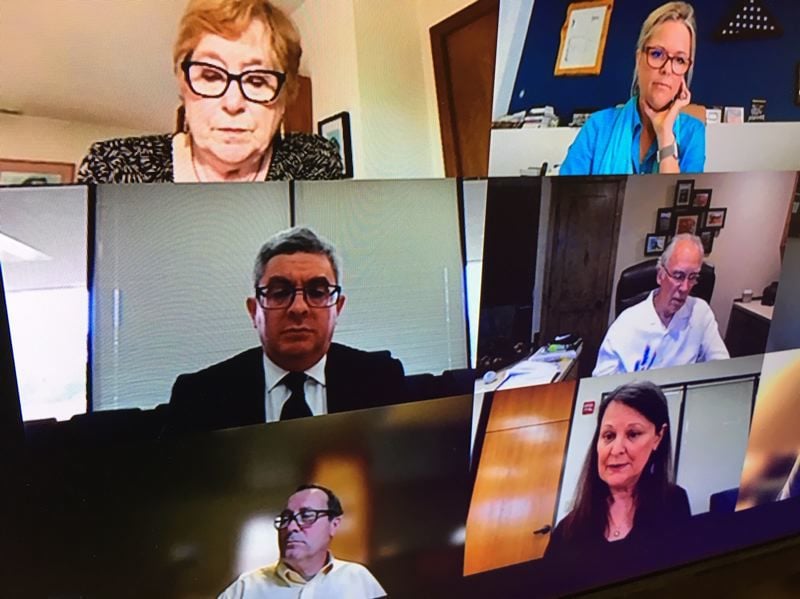 Gov. Kate Brown has replaced the director of the Employment Department a day after a legislative hearing critical of the agency in its handling of a record number of claims resulting from business shutdowns during the coronavirus pandemic.

Brown announced Sunday, May 31, she was elevating David Gerstenfeld as the interim director. He also took part in Saturday's virtual meeting of the House Business and Labor Committee, whose members spent three hours questioning him and then-director Kay Erickson about the agency's numerous problems.

Brown said she asked for and received Erickson's resignation.

Brown said via Twitter earlier Saturday that she had directed the agency to clear up the backlog of unemployment claims — about 40,000 of more than 445,000 filed since mid-March — and do a better job of communicating with people awaiting help who have been unable to connect by phone or online with the agency.

"This is an unprecedented crisis, and the problems at the department demand an urgent response," Brown said in a statement Sunday. "I'd like to thank Director Erickson for her years of service to the State of Oregon, but it is clear that new leadership is needed."

Gerstenfeld was the director of unemployment insurance within the agency from 2011 until last year, when he became director of family and medical leave. He has worked for the state since 1997.

At the close of Saturday's legislative hearing, Chairman Paul Holvey, D-Eugene, echoed the sentiments of other legislators in urging the agency to step up its communication with people awaiting help.

"It's not acceptable for people to be waiting and waiting, only to get a busy signal. If that's our system, we need to be calling them proactively," said Holvey, a retired labor-union representative.

"If it takes the National Guard, that is what needs to happen."

Just before the hearing, U.S. Sen. Ron Wyden called for Erickson's resignation. But only one member of the state legislative committee, Democratic Rep. Jeff Barker of Aloha, joined that call during the hearing. Republican members avoided singling out Erickson, but laid blame on Brown — they said Brown's stay-at-home orders during the pandemic caused the downturn — and past department actions.

Erickson announced last week the agency would start an effort, Project Focus 100, to resolve more than 38,000 claims that have been unresolved because of their complexity. Also, although officials said the agency has processed the bulk of 445,000 claims filed since mid-March — more than triple Oregon's net job losses in the Great Recession a decade ago — about half are still awaiting benefits. (Officials said some do not qualify for regular unemployment, but may qualify under new federal programs Congress approved two months ago to expand eligibility for benefits and extend payments.)

"I have directed the Oregon Employment Department to address the current backlog in unpaid claims, and to clearly communicate the status of any unpaid claims to Oregonians," Brown said in her statement. "In these incredibly stressful times, Oregon families are counting on these benefits. We will make this right. Oregonians will receive the benefits that they are owed."