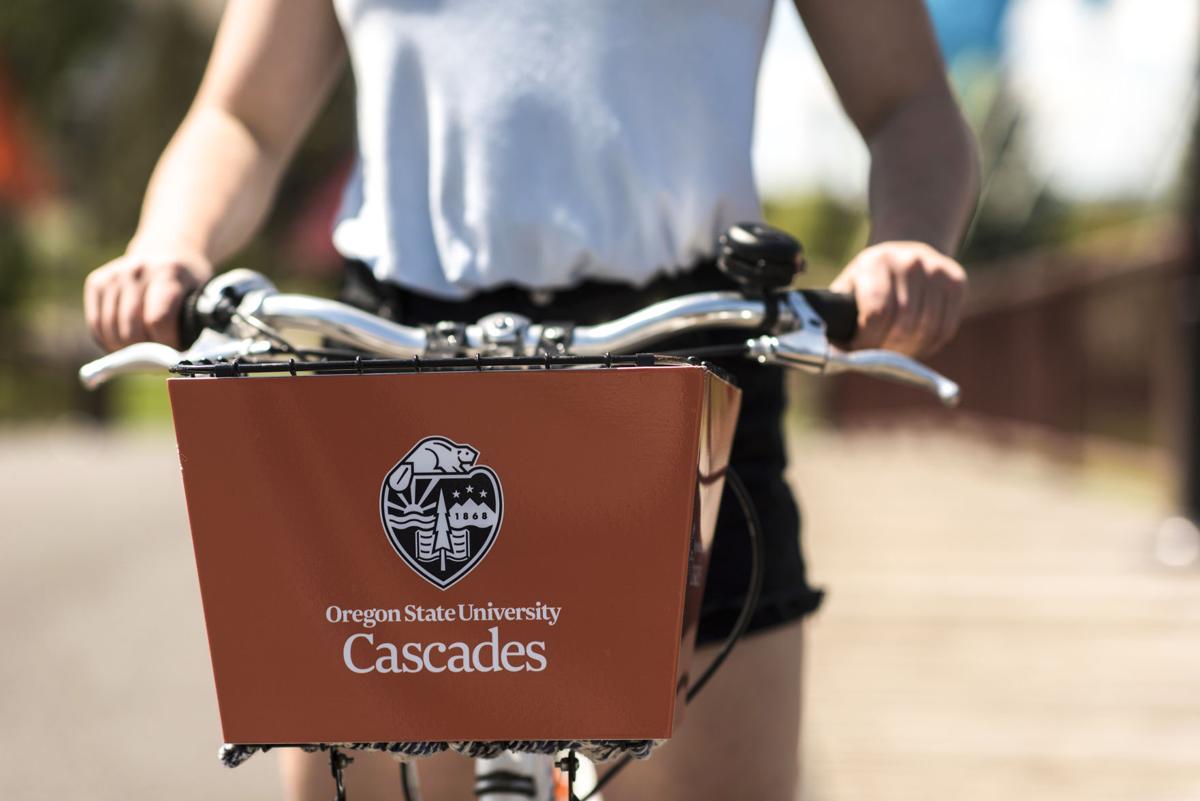 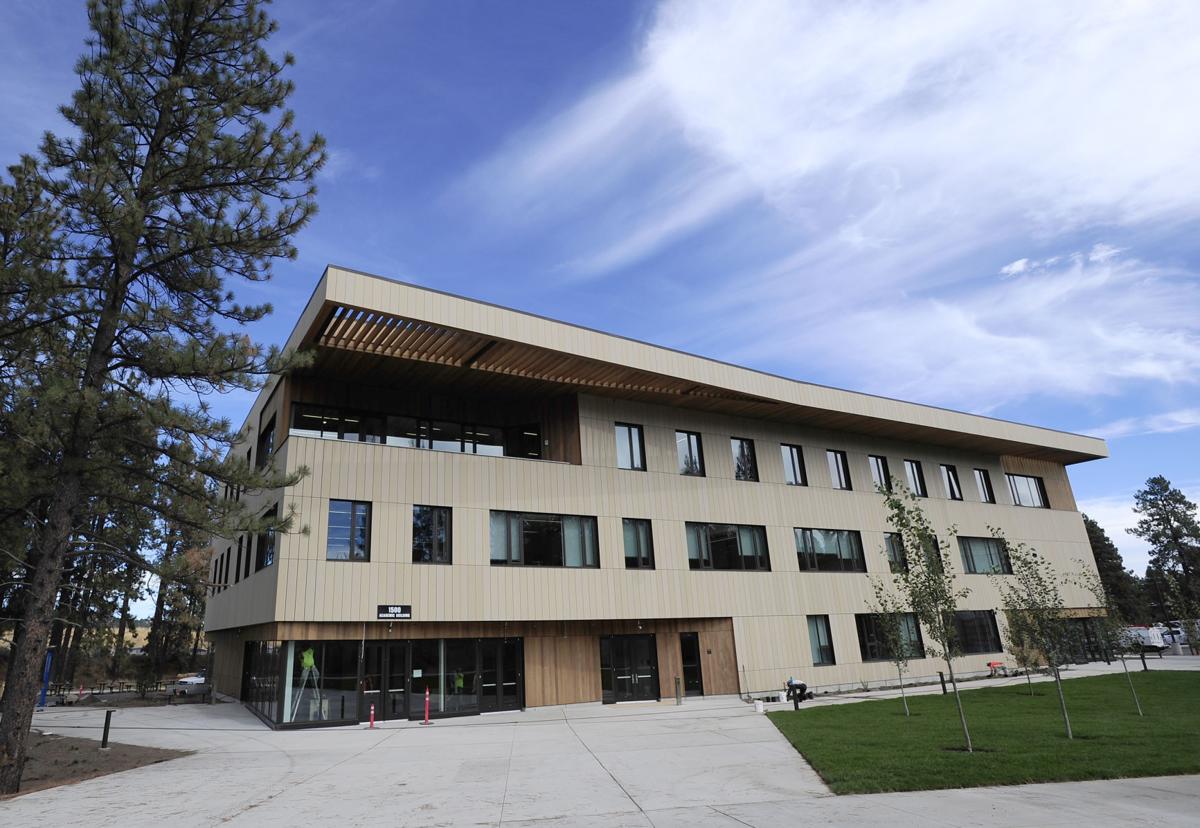 Tykeson Hall on the Oregon State University-Cascades campus in Bend

In the dead of the night, in the 11th hour, Oregon State University-Cascades's proposed Student Success Center was a failure in the Legislature — again.

A marathon one-day special session Aug. 10 brought lawmakers back to Salem to fix a $1.2 billion hole in the state budget caused by the economic shudders of the COVID-19 crisis.

Legislation was churned out in stream of rapidly written, vetted and voted on bills. Most Republicans and some Democrats lamented having to vote on bills spending hundreds of millions of dollars without hearings and with information often less than a day old.

"I am trying to figure out where the public is in this process," said Sen. Betsy Johnson, D-Scappoose.

Among the pile of legislation was a sprawling bonding bill that included $179 million for five projects at four state universities. Bonds would go to:

Not on the list: $12.9 million to help fund a Student Success Center at OSU-Cascades. The day would shape up to be yet another sudden drop in the Bend campus' rollercoaster ride seeking funding in Salem.

OSU-Cascades backers have had the sinking feeling before.

They asked for $69.5 million in 2017 and received only $9.5 million. A surprising $39 million in bonds for the campus in 2018 was followed by being left off the 2019 bond list. OSU-Cascades was set for funding in 2020, only to see it evaporate with the collapse of the legislative session when Republicans walked out.

The funding was for a new Student Success Center, housing counseling, activities and other student operations. Students had voted to raise their fees to create a $5 million matching fund.

With hope for federal help to backfill the state budget, Gov. Kate Brown called a Special Session of the Legislature for Aug. 10. Unlike the federal government, the Oregon constitution requires the state's two-year budgets be balanced. Forecasts showed a $1.2 billion deficit by the end of the current budget cycle in June 2021.

One of the byproducts of the financial turbulence was the state's inability to sell bonds for projects that lost matching grants or had to be withdrawn for other reasons. Legislative leaders moved $179 million from dead projects into a new fund for bonds to finance university construction plans that had died because of the walkout.

The project list did not go public until the day before the special session, a Sunday. It was only then that OSU-Cascades supporters saw that the campus was not on the list.

OSU-Cascades Vice-President Becky Johnson said she learned about the list only after the Legislature had gaveled to order on Monday morning at 8 a.m.

"My understanding is there was some communication with OSU in Corvallis over the weekend, but I didn't hear about it until Monday," she said.

Johnson quickly wrote an appeal to legislative leaders to include the Bend campus. She also emailed members of the key committee dealing with legislation.

The Joint Committee on the Second Special Session was scheduled to meet at 10 a.m. It was the only stop in the legislative process where bills could be amended before being sent to the House and Senate floor.

The bond bill was just one of 11 before the committee. During the first two hours of the meeting, OSU-Cascades was not mentioned. But after a break at 1 p.m., it was clear that some of the lawmakers had received Johnson's letter.

"OSU-Cascades was told two years ago, 'go out and raise your tuition, come up with the match and we'll be good to to.' They have done that. … But they're not included in this and they are just flabbergasted … why not?"

"OSU-Cascades is not on this list," said Sen. Lynn Findley, R-Vale. "OSU-Cascades was told two years ago, 'go out and raise your tuition, come up with the match and we'll be good to to.' They have done that. They have raised their tuition and they have a large pot of money in their match. But they're not included in this and they are just flabbergasted … why not? The question is, do we need to reimburse them for raising the tuition for the match? Where are we at?"

Rep. Greg Smith, R-Heppner, who would carry the bill on the floor of the House, said the list was a consensus decision that he admitted was far from perfect.

The committee voted to send the bill to the floor of the Senate with a "do pass" recommendation. Findley was the only no vote.

The bill passed the Senate on a lopsided 23-4 vote. Sen. Tim Knopp, R-Bend, voted no, saying the bill almost exclusively benefited campuses in the Willamette Valley.

"Central Oregon’s needs were dismissed by the majority in favor of their Portland, Eugene and Corvallis districts," Knopp said.

Three other Republicans voted no: Dallas Heard of Roseburg, Kim Thatcher of Keizer, and Chuck Thomsen of Hood River.

Too late for a fix

Near the end of the night, the bill came up in the House. Exhausted lawmakers, many of whom started at 7 a.m. with caucus meetings, slumped at their desks, wearing face masks and clear plastic face guards to prevent spread of the virus.

By now, the bill was a done deal. To change it, the House would have to vote to send it back to committee. There were no more committee meetings or floor sessions left. It was less than a hour until the Speaker Tina Kotek, D-Portland, would drop the gavel to adjourn and send members home.

Smith presented the bill as dealing with a new reality that erased the budget priorities of the recent sessions.

"We live in a unique time in Oregon's history," Smith said. "Things we thought we knew just five months ago just aren't the same today. Decisions we had made back in February and in the previous sessions, just perhaps, are not the same again today."

Smith said the final list was hammered out in bipartisan fashion, relying on legislative fiscal experts to "lay out for us a guiding pathway" for what stayed in and what was left out.

"I read it because she wasn't given the chance to be heard," Helt said. "Due to the process, students could not be heard."

The bill passed the House with a hefty 50-7 majority. Helt voted no. Other no votes — all Republicans — were cast by Daniel Bonham from The Dalles, Vikki Breese-Iverson from Prineville, Bill Nearman from Independence, Shelly Boshart Davis from Albany, Bill Post from Keizer and Kim Wallan of Medford.

Rep. Jack Zika, R-Redmond, voted in favor of the bill, saying another portion that included funding for Central Oregon Community College was crucial to his district's education and workforce needs.

"Securing funds for this project will create more jobs and provide an economic boost during these uncertain times,” Zika said.

At press conferences the day after the session, legislative leaders answered questions about all the legislation that had gone over their desks in a day. The OSU-Cascades funding was just one of many spots where things didn't go smoothly.

Senate President Peter Courtney, D-Salem, said that the reality of the special session amid the pandemic forced changes in the system that nobody was happy about. The usual public hearings weren't possible. Even committee meetings during the session were held remotely with lawmakers speaking over computers in their offices.

"A special session by nature is an emergency," he said.

Partisan antipathy in the Senate exploded into name-calling and shouting that led Courtney to shout "Stop it!" while banging his gavel.

"We came very close to losing control of the session."

"We came very close to losing control of the session," he said.

Kotek said lawmakers had done "a lot of good work," including the university bonds bill.

"What we ended up prioritizing were the three science facilities," she said. "We wanted to prioritize existing buildings for renovations."

Kotek said the $35 million facility for the proposed center at the OSU main campus in Corvallis has matching money tied to it winning approval. Kotek noted the student efforts at OSU-Cascades to raise their fees to pay for the Student Success Center.

The decisions came down to too many requests for too few bonds.

"We frankly ran out of capacity," Kotek said. She said the Legislature expected to look at funding for OSU-Cascades when it meets in January for the next regular session of the Legislature.

The overall result is that OSU-Cascades is back to where it was at the end of the 2018 session.

Johnson, the OSU-Cascades vice-president, had hoped to be coming into the 2021 session asking for the last piece of the original planned priorities for the campus: $17.5 million for infrastructure: roads, electrical, plumbing and lighting that are part of building out a brand new campus.

Instead, the Student Success Center will get a repeat as the top priority on her list when the Legislature meets next January.

Johnson said she knows OSU-Cascades could be up against an even more austere state budget if Oregon is still fighting COVID-19 and its economic toll. It will be a new Legislature — all House seats and about half of the Senate seats are up for election this November. That will mean shifting power dynamics within the chambers and parties, as well as some new lawmakers unfamiliar with the promises made in earlier sessions. The lawmakers could be dealing with up to $4 billion in projected cuts needed to balance the 2021-23 state budget.

Asked if she is worried about the Legislature softening its support of OSU-Cascades, Johnson said the campus has time and place on its side.

"With the growth of Central Oregon, Central Oregon is going to become more important to the state," she said. "We're here. A big part of the state's future is here. It only increases with the population."