You have permission to edit this article.
Edit
Home
Newsletter
News
Capital Chatter
Share This
1 of 7 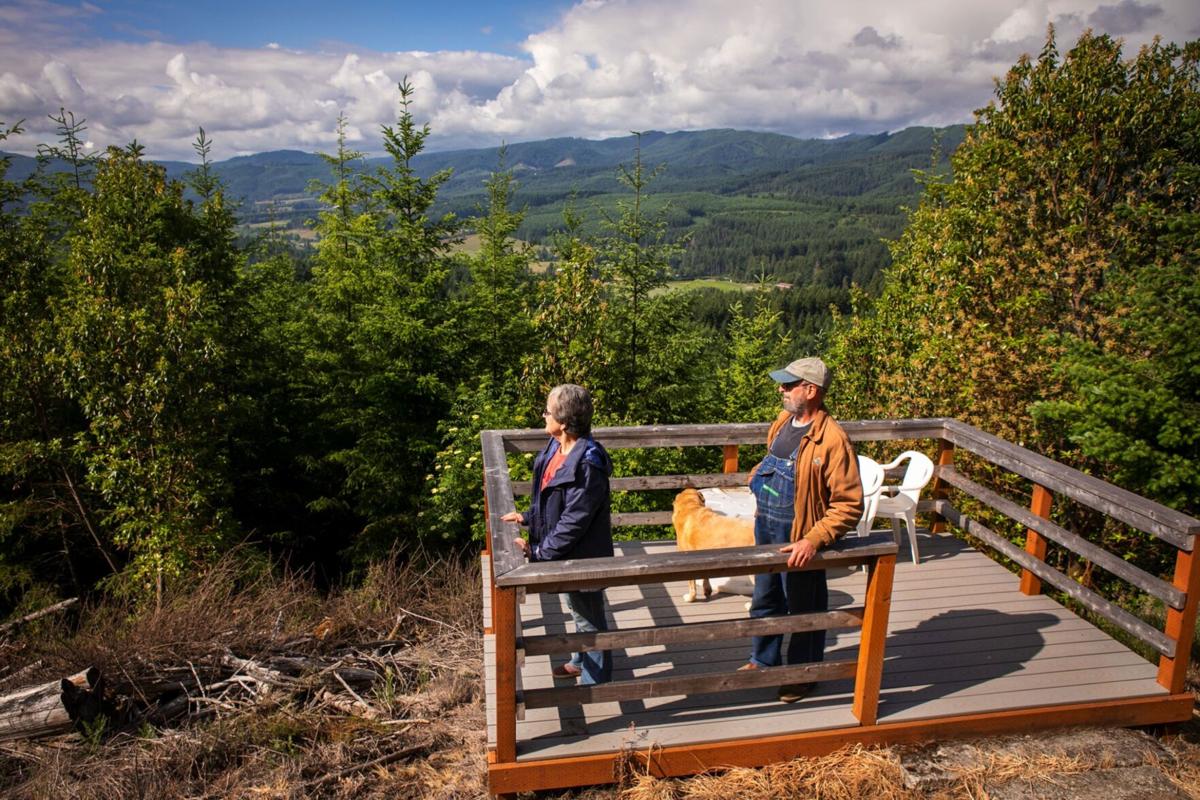 Bonnie and Bob Shumaker stand from a patio they made with a view from their tree farm on "West 80" which indicates the 80 acres they acquired in 2017 near Banks. 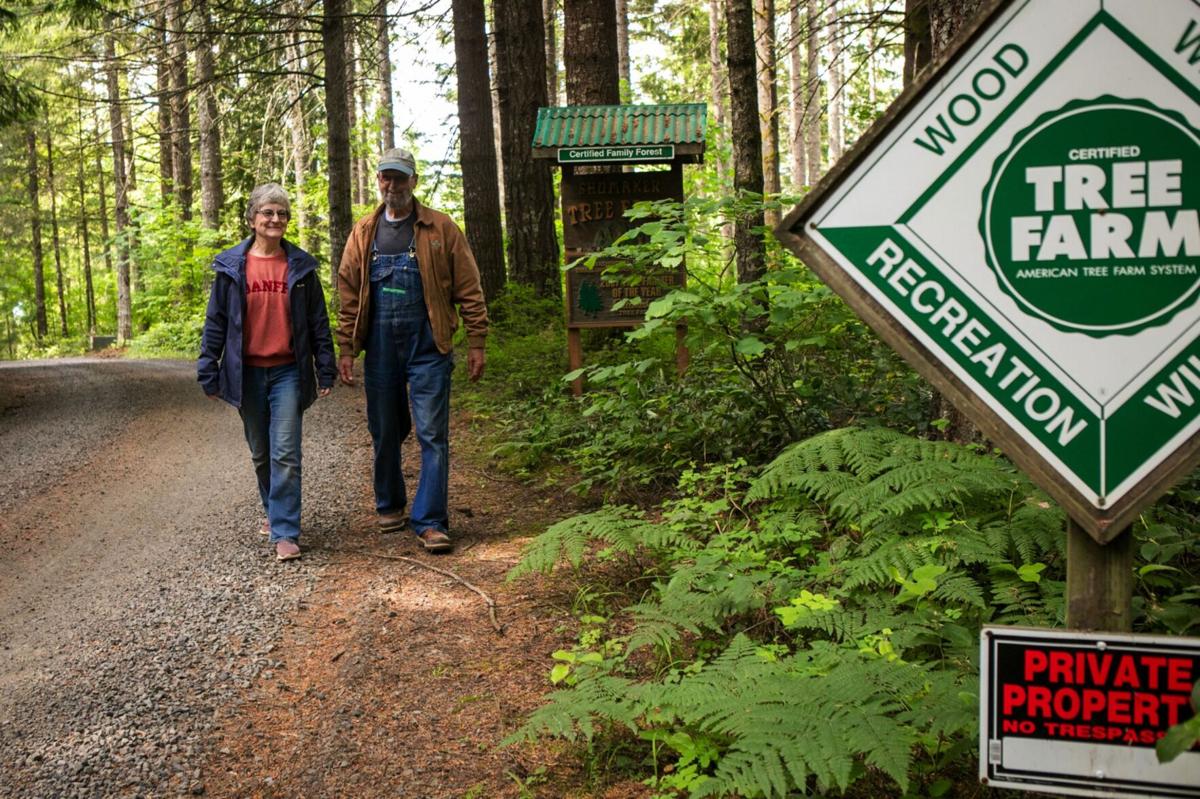 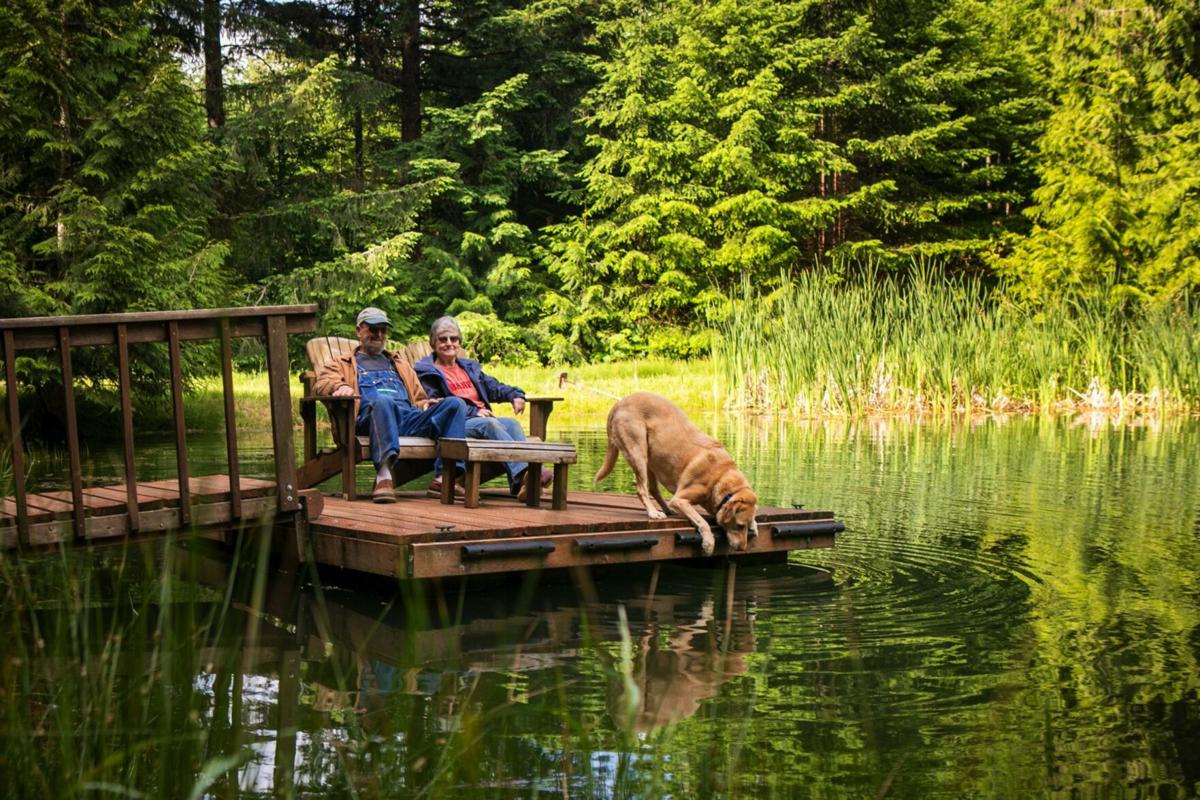 One of perks that Bonnie and Bob Shumaker discovered when they purchased their original 40 acres of land near Banks in 1977 was that it included the headwaters of Cedar Canyon Creek. They later built up the pond and made a floating dock to enjoy summer evenings Bonnie describes it as her "Shangi-La." 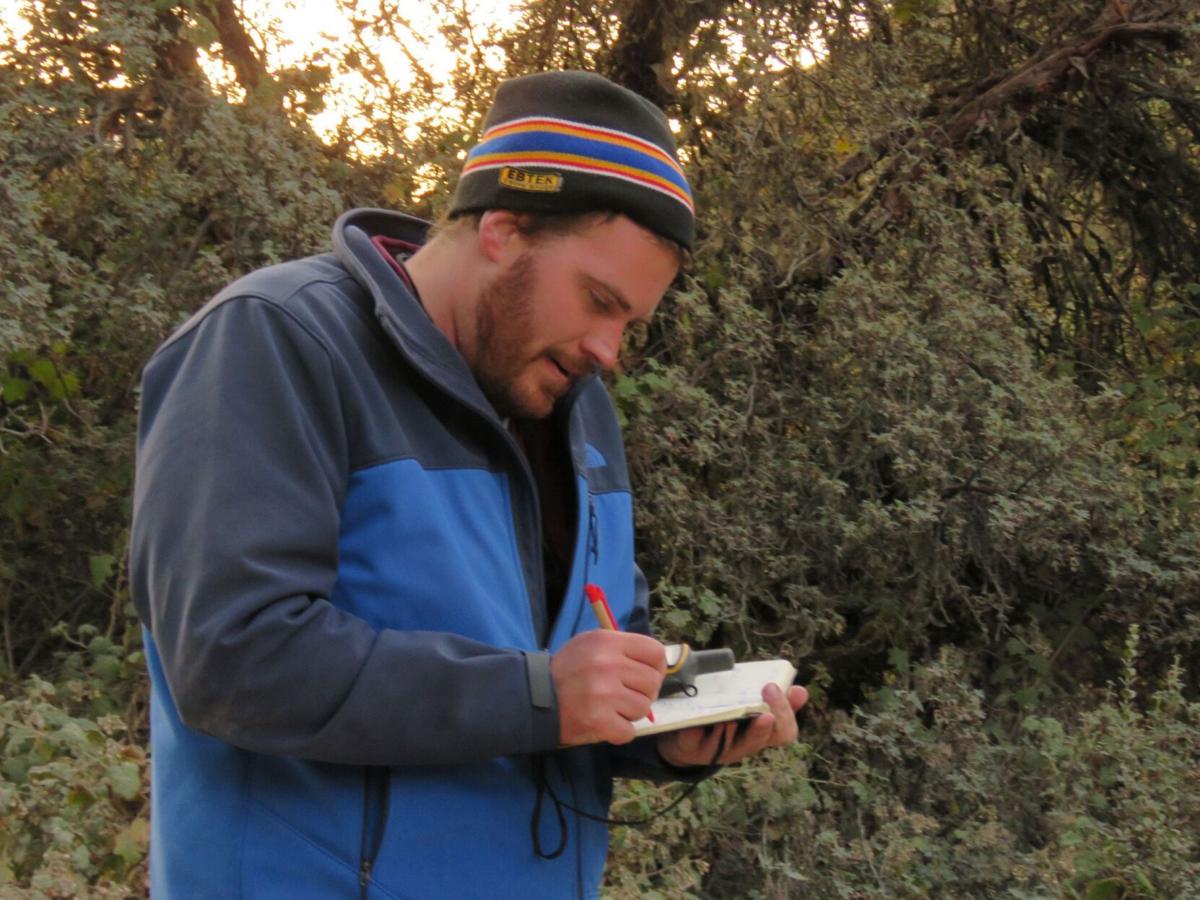 Aaron Groth is based in Clatsop County for his role as one of six regional fire specialists serving portions of Oregon through a new OSU program. 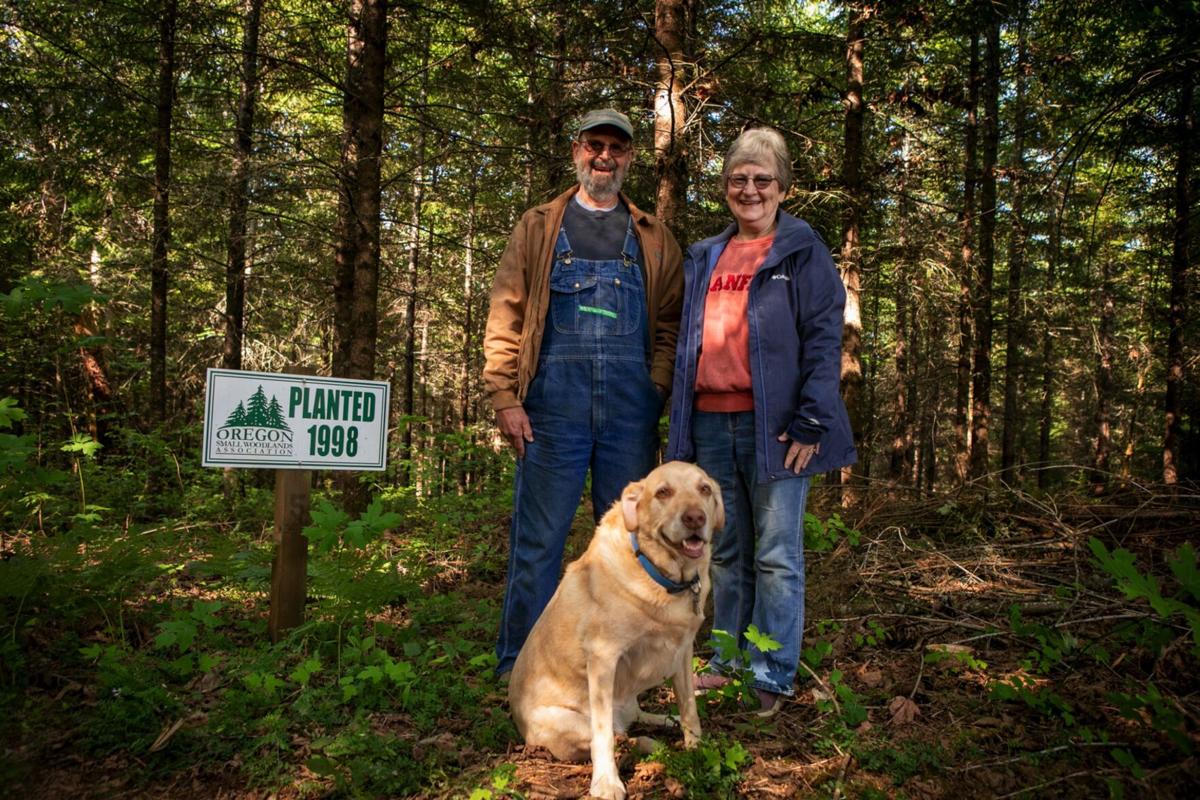 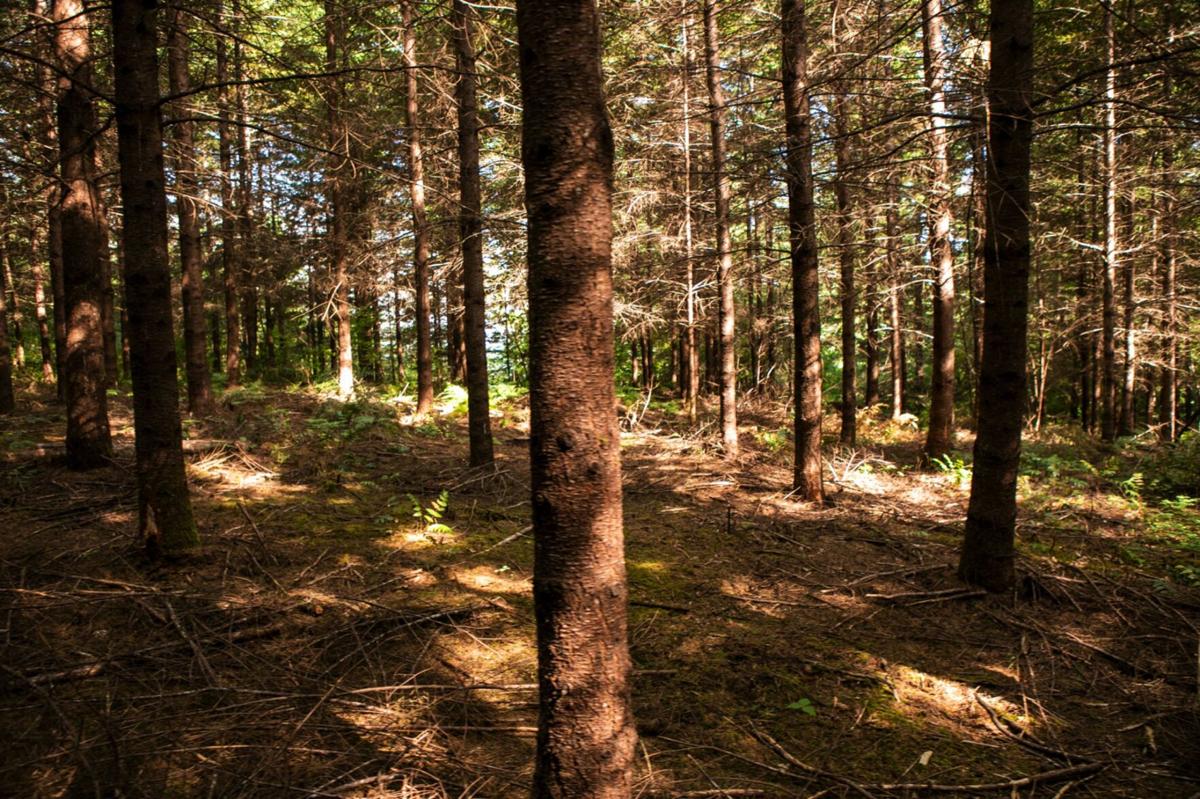 An example of thinning on Cedar Canyon Tree Farm. 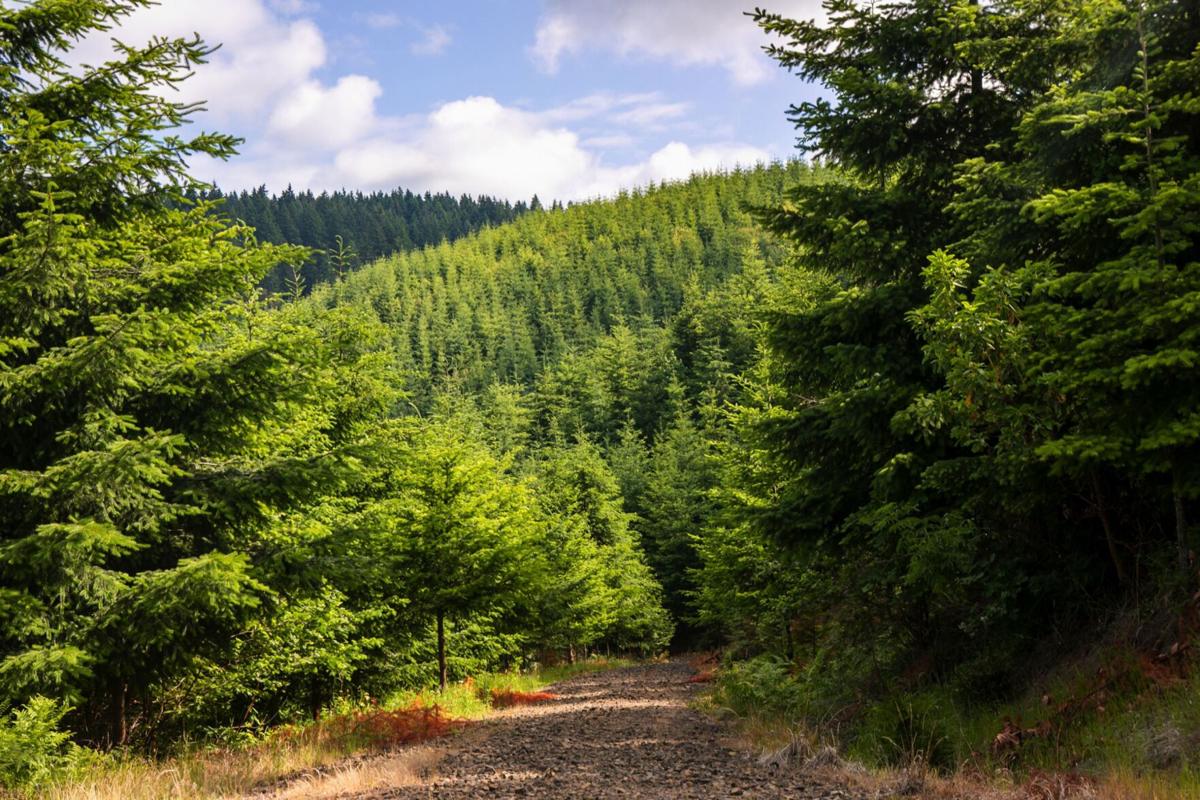 A road wide enough to handle a firetruck if wildfire ever came to Cedar Canyon Creek Tree Farm.

Bonnie and Bob Shumaker stand from a patio they made with a view from their tree farm on "West 80" which indicates the 80 acres they acquired in 2017 near Banks.

One of perks that Bonnie and Bob Shumaker discovered when they purchased their original 40 acres of land near Banks in 1977 was that it included the headwaters of Cedar Canyon Creek. They later built up the pond and made a floating dock to enjoy summer evenings Bonnie describes it as her "Shangi-La."

Bob and Bonnie Shumaker know full well a wildfire could be at their doorstep any year.

It's a risk they're willing to take in order to live in a picturesque forest of firs and cedars about 12 miles northwest of Forest Grove.

"We love the forest," said Bonnie Shumaker, who planted the first 5 acres of what is now the 160-acre Shumaker Tree Farm with her husband in 1980.

When it comes to mitigating wildfire risks, foresters say small woodland owners like the Shumakers play a crucial role in the patchwork of forestland ownership.

There are more than 40,000 non-industrial small woodland owners in Oregon who each maintain between 10 and 5,000 acres of forestland.

In the three Portland metro-area counties, small woodland owners account for 22.5% of all forested lands, according to data from the Oregon Forest Resources Institute. In Washington County, the proportion is the highest of the three at 30.9%.

Large timber companies have relatively predictable revenues that allow them to invest in wildfire fuel mitigation techniques such as thinning and pruning trees, which reduce the risk of major wildfires destroying their forests.

But the cost of managing forests in a fire-resilient way and the labor required to do it can be barriers for small woodland owners who typically don't receive regular income from their trees.

It becomes increasingly difficult for older residents to maintain fire-defensible space around their homes, to prune trees and clear woody debris from the forest floor on their own, Mackey said.

"The physical labor can be too much for them at times," he said. "And then on top of it, it is expensive work to do if you are going to contract it out."

Costs vary depending on the type of forest, but routine fuel mitigation can be as much as $1,000 per acre annually, according to the National Forest Service.

Building water sources or roads that allow firefighters to better access properties and fight fires — actions that are considered best practices — is even more costly.

"Folks who are living on a fixed or limited income, they're not gonna spend the money on that, and I don't blame them," Mackey said.

After the devastating 2020 Labor Day fires, Mackey says he saw a substantial increase in the number of people asking the Forest Grove District office for advice and help to find financial support for wildfire mitigation.

The fires drove home that even forested areas surrounding Portland, which have historically been less prone to frequent major fires, are vulnerable, Mackey said.

Every year, the Forest Grove District office applies to a competitive grant program for federal wildfire fuels mitigation grants, Mackey said. The grants make funds available to forestland owners on the landscape scale, but they typically go to higher priority areas outside of the Portland area. In 2020, Yamhill County received one of the grants.

"It's just a fact of life," Shumaker said. "We're getting drier, and so we have more chance of a devastating fire."

He says the more than 200 hours per year he and his wife each put into managing his forests is recreation — much of it with an eye toward fire mitigation.

It's worth it to be able to sit with their dog Bailey on the floating dock they built on their pond, which creates the headwaters of Cedar Canyon Creek.

Although he admits he's getting older, and the work is getting harder, they're able to save costs by doing almost all of the labor themselves, he said.

The Shumakers invested in equipment, including a bulldozer and tractor. That's allowed them to prune about 80 acres of their trees, maintain a road system that can handle firetrucks, remove invasive plants, and plant native ones to try to create the healthiest, most fire-prepared ecosystem possible, Bob Shumaker said.

Earlier this year, they paid a contractor to bring in a machine to chop up woody debris on the forest floor left by pruning work.

Even though they've been able to spend the time and money to take such actions, they say there's always more fuel mitigation that can be done.

Shumaker is the secretary-treasurer of the Washington County Small Woodland Association, which has chapters across the state and works to bring small woodland owners together to foster education about best management practices and share ideas.

After the 2020 Labor Day fires, the organization held a meeting with forestry experts from the Oregon State University Extension Service to discuss lessons learned from the fires.

Shumaker says he turns to the extension service for forestry expertise a lot.

Most small woodland owners understand the importance of doing whatever they can to mitigate fire risks, he said.

"Most people have done a pretty good job, but there are some people who just won't ever do it, whether they get (assistance) money or not," Shumaker said.

All in, or not

In 2019, the state Legislature provided funding to create a fire program through the OSU extension service to, in part, help create fire-resilient communities across the state.

Aaron Groth is a regional fire specialist with the fire program. His work primarily covers Columbia County and the North Coast, but it also extends into Washington County.

He works with small woodland owners to prepare for fire by helping them to meet their individual management goals.

"For small woodland owners across the state, it's really important to have a forest management plan," Groth said, adding that having detailed plans can help people access cost-sharing grants.

Management goals across a landscape often are diverse, Groth said. Some small woodland owners want to maximize their ability to profit from timber harvests; others want to create ideal wildlife habitat or to support fisheries, or both.

The hope is that enough small woodland owners create such plans to create fire-resiliency on the landscape scale.

If only one person in an area is taking steps to be fire-resilient, "we're not really making an impact on the landscape scale," Groth said.

In most areas, it's a "mixed bag" in terms of how much small woodland owners buy into creating management plans, as Groth put it.

But he says the OSU extension fire program is uniquely positioned to help foster agreement between landowners who often have differing, potentially conflicting management goals.

That's mostly because the service isn't coming from a government agency with regulatory power, Groth said.

He and other program specialists plan to convene more fire-resiliency workshops with organizations like the Washington County Small Woodland Association going forward, he said.

The Committee for Family Forestlands, within the Oregon Department of Forestry, will meet virtually from 9 to 11:45 a.m. Wednesday, June 23. People wishing to provide public comment should contact Susan Muniz at 503-945-7502.

The committee's agenda includes updates from the Private Forest Division and Legislature, and updates on the recovery from the 2020 wildfires.

The meeting is open to the public to attend online via video conference call. Public comments will be accepted near the start of the meeting after approval of the minutes. Requests for an interpreter for the hearing impaired or other accommodations for persons with disabilities should be made at least 48 hours before the meeting by calling Susan Muniz at 503-945-7502.

The 13-member committee researches policies that affect family forests, natural resources and forestry benefits. Based on its findings, the committee recommends actions to the Oregon Board of Forestry and the State Forester. Readers can find more information at the committee's website.