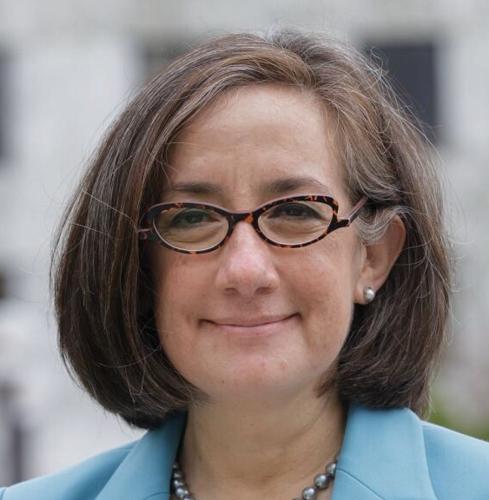 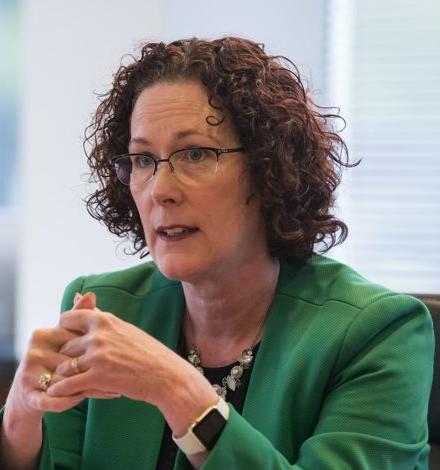 Val Hoyle, the former Bureau of Labor and Industries commissioner, was officially sworn in as the new U.S. House representative for the 4th Congressional District of Oregon during early morning ceremonies in the U.S. Capitol on Saturday. 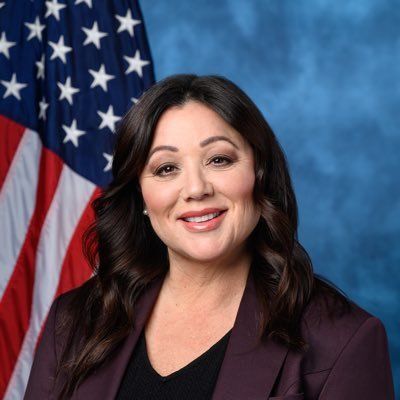 The official U.S. House portrait of U.S. Rep. Lori Chavez-DeRemer, R-Happy Valley. Winners of the November election had to wait through 15 votes to choose a House speaker, but was officially sworn into office early Saturday. Chavez-DeRemer is one of three first-term members of Congress from Oregon, who join three incumbents. The U.S. House will meet on Monday for next steps in the 2023 session.

Val Hoyle, the former Bureau of Labor and Industries commissioner, was officially sworn in as the new U.S. House representative for the 4th Congressional District of Oregon during early morning ceremonies in the U.S. Capitol on Saturday.

The moment came several days late and in the bleary-eyed pitch dark a.m. hours of the weekend, but Oregon's six U.S. House members - including three first-timers - finally got a chance to be officially sworn-in early Saturday.

In an early-Saturday email, newly-seat U.S. Rep. Lori Chavez-DeRemer, R-Happy Valley, said she was just happy that it had finally come to a conclusion.

“Although it took longer than expected, I’m glad my colleagues were able to reach a consensus, and I’m excited to begin delivering on the promises we made to the American people," Chavez-DeRemer said.

It was a historically long wait for Chavez-DeRemer, one of the 435 members of the U.S. House elected to office in November. For the first time in over 100 years, a group of Republican members of the conservative Freedom Caucus withheld the final votes needed to name U.S. Rep. Kevin McCarthy, R-Calif., as the speaker of the House.

Republicans had eked out a 222-212 majority in the November election, taking back control of the U.S. House for the first time since they lost power in the 2018 election. House Speaker Nancy Pelosi, D-Calif., who had led the thin Democratic majority for four years, gave up the gavel. McCarthy, the House minority leader, was expected to be chosen to lead the chamber.

But the narrow victory margin was a disappointment for conservative Republicans, who used the small majority to leverage their coalition into stopping McCarthy from reaching the 218 votes needed to be named as presiding officer of the chamber.

The House endured 14 votes this week, as those elected in November could vote for speaker, but nothing else until they were sworn into office by the new speaker under new House rules.

It was the first time since 1923 that the House required more than one round of voting to select a speaker. Without a speaker, the House could not establish rules for the session or swear in the members elected in November.

Among the quirks was an inability of the House to recess because of a lack of rules. That meant House members remained on the floor to argue and cajole under the eye of the C-Span live television broadcast.

McCarthy had remained relatively unflustered throughout the first 13 votes, but was visibly agitated on the 14th round when U.S. Rep. Matt Gaetz, R-Fla., delayed casting his vote until the very end of the roll call, then said "present" - a moved that left McCarthy short of his goal.

This infuriated Rep. Mike Rogers R-Ala., who lunged at Gaetz, only to be pulled away by Rep. Richard Hudson, R-N.C.

Rep. Marjorie Taylor Greene, R-Ga., a conservative firebrand who was a relatively rare McCarthy supporter on the party's right flank, at one point tried to take her cell phone to one of the holdouts, Rep. Matt Rosendale, R-Mont. Politico reported Greene had former President Donald Trump on the line who was going to lobby Rosendale to change his vote. Rosedale waved off Greene without taking the phone.

Meanwhile, social media lit up with screen grabs of U.S. Rep. Katie Porter, D-Calif., reading “The Subtle Art of Not Giving a F*ck” between votes. The best-selling book by Mark Mason is subtitled "A Counterintuitive Approach to Living a Good Life."

Porter is a Harvard-trained attorney from Iowa who was elected to Congress in 2018 by flipping a longtime Republican seat in the once bedrock GOP area of Orange County, California. She won re-election in 2020 and in a newly drawn district in November 2022.

Until McCarthy won on his 15th try, the new congressional delegation could not be sworn into office. Well after midnight, in the early hours of Saturday, the 435 members were able to take their oaths of office.

The swearing-in marked the final step that saw portions of the state come under new representatives of congressional districts drawn for the 2022 election.

Northern Deschutes County had long been part of the 2nd Congressional District, held most recently by Bentz. The sprawling district, larger than some states, took in all of Oregon east of the Cascades and a portion of the  southwestern region in Jackson County.

With the increasing Democratic voter registration numbers of the past decade, Democrats who made up a majority of the legislative committees that created maps following the 2020 U.S. Census, sought a way to tie Bend and portions of Redmond with Democratic areas to the west of the Cascades.

The result was Oregon's 5th Congressional District, which runs from southern Portland through Clackamas, Linn, and Marion counties before passing through the Santiam Pass to take in a tiny sliver of Jefferson County and most of northern Deschutes County.

Projected as a Democratic-leaning district due to its voting record in the 2020 presidential election supporting President Joe Biden, Chavez-DeRemer defeated progressive Terrebonne attorney Jamie McLeod-Skinner in the November election. She had knocked-off U.S. Rep. Kurt Schrader, D-Canby, who was the official incumbent in the district, though the new boundaries included less than half of his prior constituency.

Supporters of McLeod-Skinner say they are planning another try for the seat in the 2024 election, on a ballot that will include the presidential race.

Under redistricting, Bentz retained the rest of Deschutes County and the areas to the north, east and south, while the bulge at the southern end of the district continued further west into Republican-heavy South Oregon.

Bentz and Chavez-DeRemer voted for McCarthy on all 15 ballots. Oregon's four Democrats voted for U.S. Rep. Hakeem Jeffries, D-NY, the leader of the now-minority Democrats.

Chavez-DeRemer posted a picture of family and friends in front of the Capitol on Friday, who had come to see her sworn into office and ended up waiting days for the final action.

Congress will meet on Monday to begin the business of final organization for the 2023 session.

Republicans hold two seats in the Oregon delegation for the first time since U.S. Rep. Jim Bunn, R-Gleneden Beach, lost his 1996 bid for a second term in the 5th district.

Oregon received a new sixth seat in Congress because of its rapid growth in the past decade. In a possibly worrisome development, the U.S. Census reported that Oregon had lost population in the two years since the last census. If the trend were to continue, the state could have to relinquish the seat when redistrict is done for the 2032 election based on the 2030 U.S. Census. There are also attempt to place a measure on the 2024 ballot to create an independent redistricting commission for Oregon, similar to ones used in California and Washington.

Under some proposals, the redistricting would be done mid-decade, though critics have raise the complaint that it would require using by then outdated demographic data from the 2020 U.S. Census.