You have permission to edit this article.
Edit
Home
Newsletter
News
Capital Chatter
Share This
1 of 6 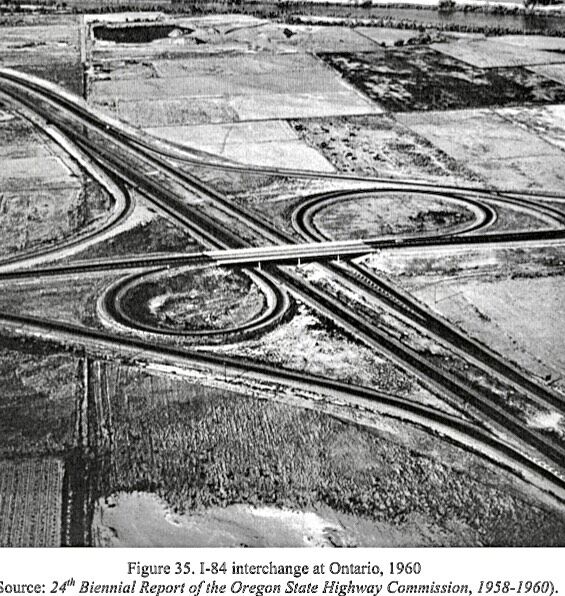 Interstate 84 interchange at Ontario, Oregon, in 1960. 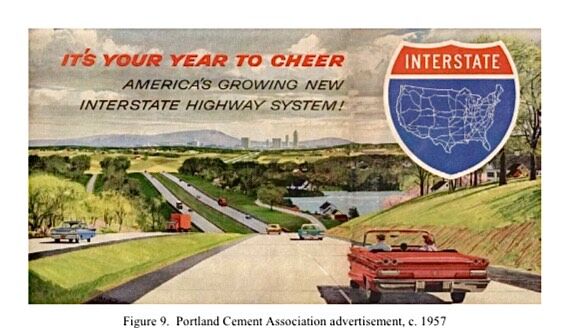 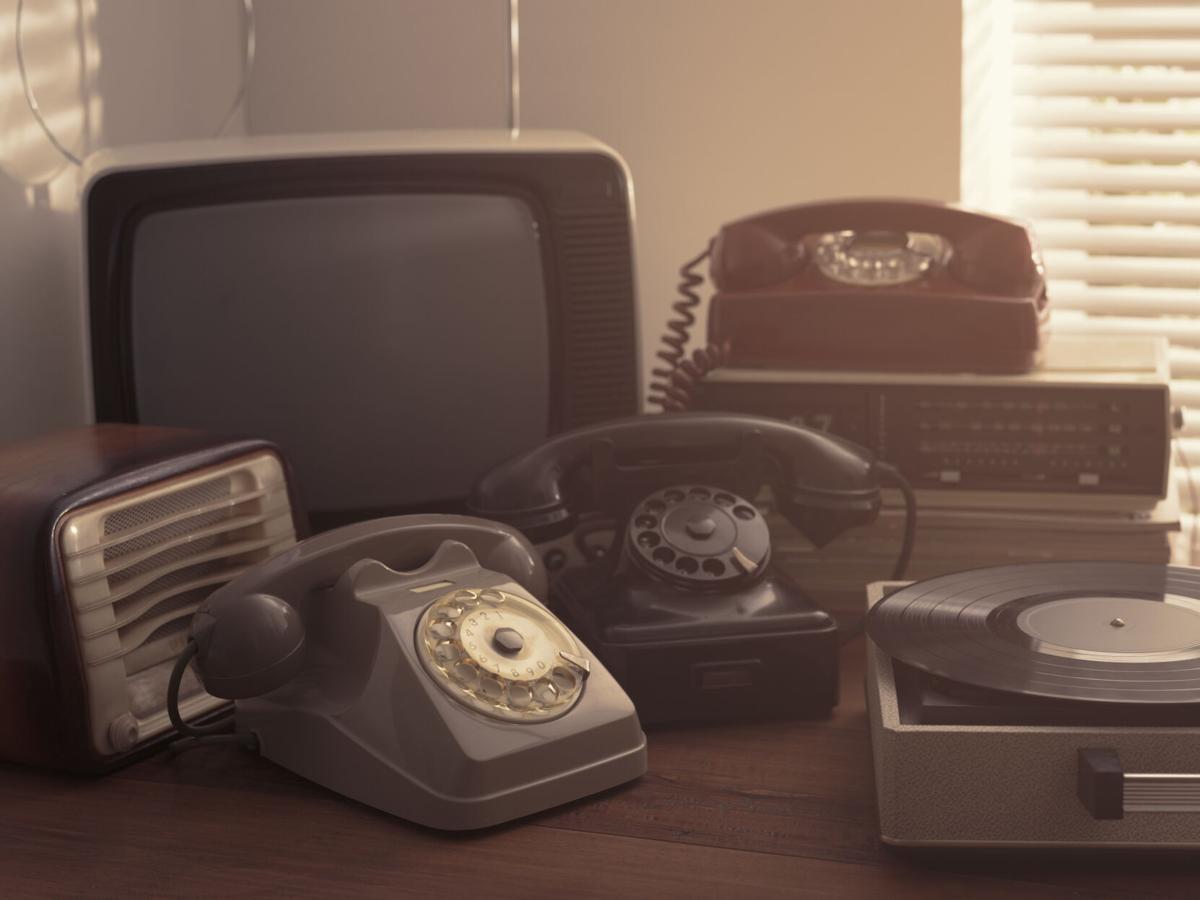 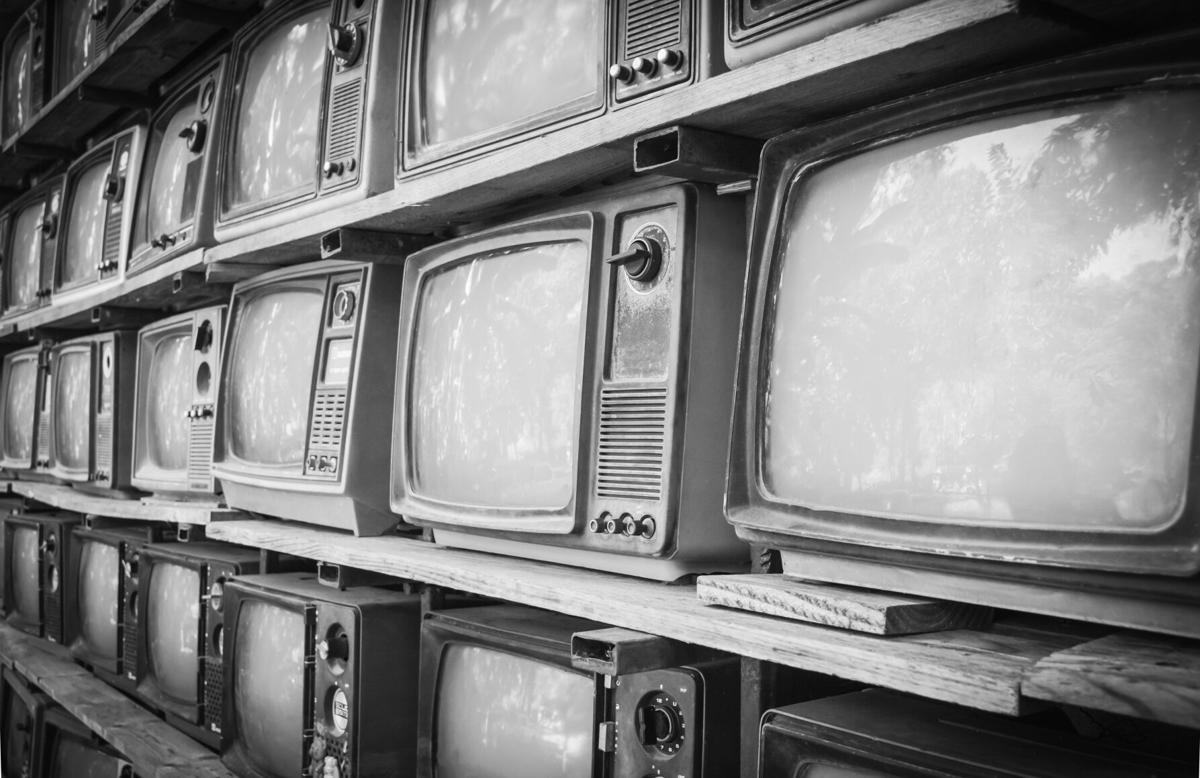 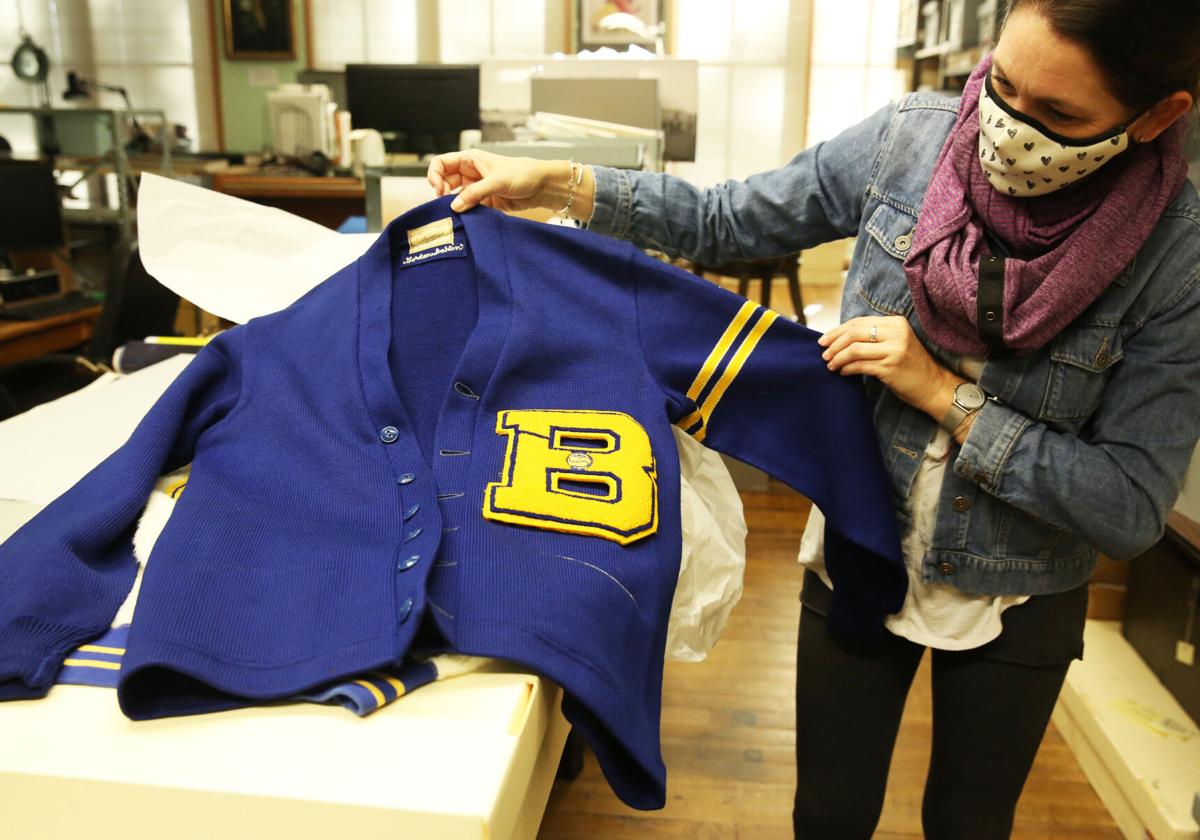 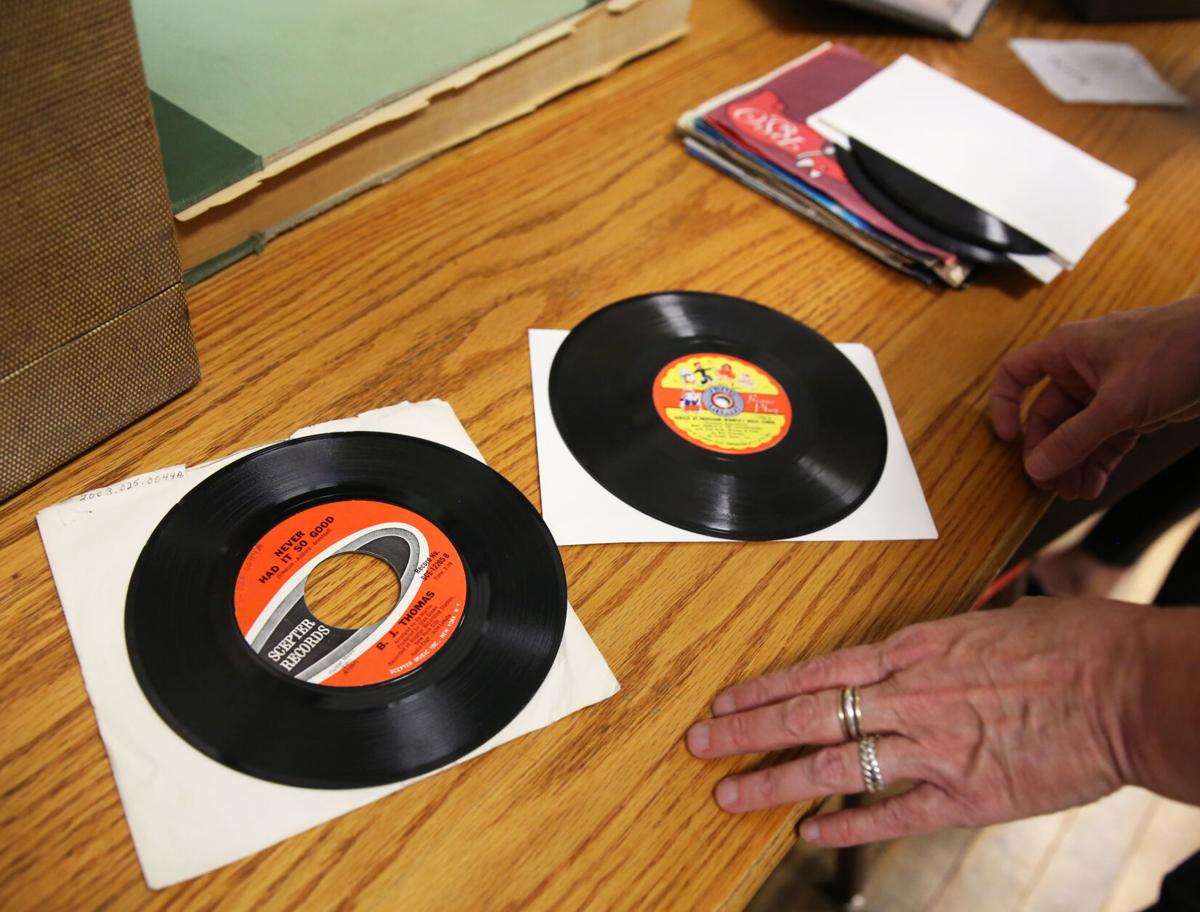 American flags line the entryway for visitors to the USS Missouri, now a national historic site and the ship on which Japanese officials signed surrender documents on Sept. 2, 1945, officially ending WWII.

Interstate 84 interchange at Ontario, Oregon, in 1960.

​Armistice Day - Nov. 11, 1945: It wouldn't be called Veterans Day for another eight years, but the holiday saluting the "doughboys" of "The Great War" was already seriously out of date.

More than 16 million Americans had served in what was already known as World War II. If things had gone as planned, soldiers and Marines would be hitting the beaches of the main islands of Japan in a bloody two-step invasion that might end the war by the summer of 1946. More than 400,000 Americans had died in three years of battle and it might cost that number to finish it off.

Then came the atomic bombs that wiped out Hiroshima and Nagasaki. Emperor Hirohito had ordered a surrender and the paperwork was done aboard the USS Missouri on Sept. 2, 1945.

Instead of going into combat, troops were going home.

A generation of young men and women who had known only the struggle of the Depression and hardships of war were ready to bust loose. No more barracks and bivouacs for those in uniform. No more doubling up in apartments and rationing food for those back home.

Officials in Washington, D.C., worried that with war industries shuttered, the economy could fall back into an economic depression.

It didn't happen - in large part because those men and women went into a natural overdrive, manufacturing marriages at a rate of 1.4 million a year.

"First comes love, then comes marriage, then comes the baby and the baby carriage" went from a children's rhyme to a blueprint for prosperity.

Starting in 1946, battalions of babies started to arrive in the United States. Over four million a year for eight straight years.

"The Baby Boom" was off to a roaring start that would transform the nation for decades to come. By 1957, the average family had more than three children.

Today, the oldest "boomers" are now on the cusp of their 75th birthday. The youngest are 56.

The veterans who came home from World War II wanted a different life for their children.

So, a massive consumer economy was spawned by the arrival of the Baby Boom.

All needed beds and bedrooms, toys, clothes, furniture and enough electricity and natural gas to run it all. Televisions replaced fireplaces as the gathering place in homes, complete with Swanson's frozen dinners on TV trays while watching "I Love Lucy" in the early years right through to "Gilligan's Island" at the boom's end.

Desire for families to have room led to an exodus from city centers to newly built suburbs, subsidized by cut-rate mortgages for veterans.

A federal highway-building program make it easier to drive their Chevrolet Bel-Air or Studebaker station wagon from the office or factory back home to their colonial, Cape Cod, mid-century modern, or ranch style castles on cul-de-sacs.

Those houses would be built with lots of wood, which meant a boom time for Oregon's lumber and milling industries. Half the plywood and a quarter of all softwood and hardwood produced in the United States came from Oregon forests.

By 1952, Oregon was turning out 9.8 billion board feet of wood - six times the amount during the worst of the Depression.

Looking for a new life, thousands moved from the northeast and midwest to the West Coast.

Oregon wasn't the magnet of neighboring California and Washington, but it wasn't just Oregon-born babies who shot the state population from 1.2 million residents at the end of the war to 1.88 million in 1964.

The threat of nuclear war with the Soviet Union hung over the baby boom years, but for many they were a fun, prosperous, optimistic and comfortable world.

When they became adults, many of the boomers would proclaim they wanted to break out of the conformity of their parents' world.

Rock n' roll music sold cultural rebellion, and the "good war" that their fathers and mothers had fought in World War II was replaced by the Vietnam War, which cleaved the politics of parents and children, and within the generation itself.

James Webb, a decorated Marine officer born in 1946 who would become a Democratic U.S. Senator from Virginia, has said Vietnam was the great divide for his generation.

Film director Steven Spielberg was born in 1946, the beginning of the Baby Boom. His films often reflected the suburban childhoods and cultural experimentation of his generation.

But as he grew older, he increasingly celebrated the generation of fathers and mothers who overcame hardship and risked death to bring sons and daughters into a better world.

"Baby boomers owe a big debt of gratitude to the parents and grandparents - who we haven't given enough credit to anyway - for giving us another generation," Spielberg said.

But Steve Bannon, a conservative who would work for Trump, made a film called "Generation Zero" in which he argued that the baby boomers had rejected the values that made their parents "the greatest generation."

"The baby boomers are the most spoiled, most self-centered, most narcissistic generation the country's ever produced," he said.

Not all Baby Boomers shared equally in the prosperity of the era. But it was a time when Oregon and the rest of the nation took the first halting steps toward dealing with race.

Oregon in 1951 erased a law barring intermarriage between whites and other races - a step that wouldn't be complete across the country for more than a decade. Laws barring hotels and public facilities from segregating guests were passed.

In a largely symbolic move, the Oregon Legislature in 1959 passed the 15th Amendment to the U.S. Constitution, which guaranteed the right to vote for all races. When it passed Congress soon after the Civil War, Oregon (along with California) rejected the amendment. Enough other states did ratify it and make it the law of the land. The 1959 vote finally put the state on record as being in favor of the idea.

All the baby boom eras' building and melting and paving chased nature further away. Fields and forests became subdivisions and industrial parks. The process of making all the "stuff" baby boomers want and sometimes needed brought fouled rivers and sooted skies.

The smoke and fog dubbed "smog" in Los Angeles showed up in the Willamette Valley as well.

A financial scare and new pharmacology conspired to tap the brakes on the baby boom as the 1950s came to a close.

A major recession in 1957-1958 reminded Americans that the end of the war wasn't an exemption from the boom-and-bust cycles of the economy.

In 1960, the first dependable oral contraceptive was available, giving women more control over when and how often to get pregnant.

By 1965, the baby boom came to its statistical end when births dipped below four million for the first year since the end of the war. It wouldn't pass that number again until 1989 - the "echo boom" when the baby boomers started having children of their own.