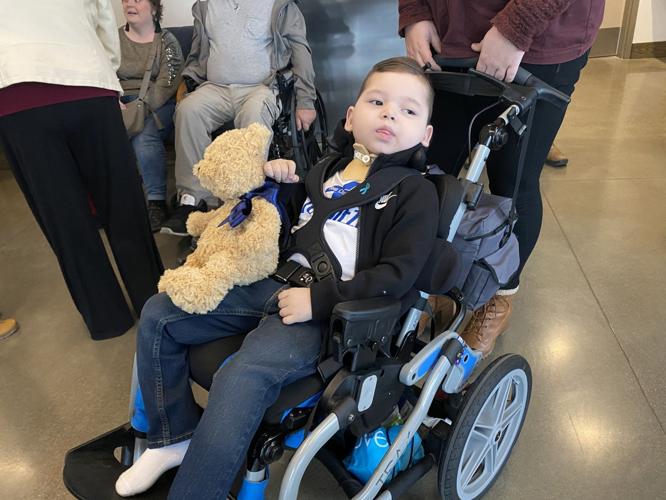 In this January 2020 file photo, Ezra Jerome Thomas, then 4, appeared with relatives at the Jefferson County Courthouse to hear District Attorney Steven Leriche announce a proposed state law named in the boy’s honor. Ezra was severely injured by his mother’s boyfriend, Josue Jair Mendoza-Melo, who was sentenced in September 2019 to 12 years in prison. 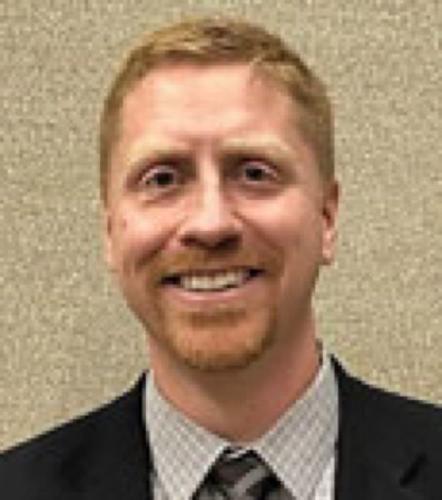 In this January 2020 file photo, Ezra Jerome Thomas, then 4, appeared with relatives at the Jefferson County Courthouse to hear District Attorney Steven Leriche announce a proposed state law named in the boy’s honor. Ezra was severely injured by his mother’s boyfriend, Josue Jair Mendoza-Melo, who was sentenced in September 2019 to 12 years in prison.

A crime bill named for a Madras boy severely beaten in 2017 by his mother's boyfriend is back before the Oregon Legislature.

Sen. Daniel Bonham, R-The Dalles, introduced Senate Bill 430 on Jan. 9. It's been assigned to the Senate Judiciary Committee for consideration during the 2023 session.

The bill revives legislation Bonham has named "Ezra's Law" for Ezra Jerome Thomas, the Jefferson County boy left with permanent severe disabilities from the beating when he was 2.

Josue Jair Mendoza-Melo pleaded no contest to attempted murder and first-degree criminal mistreatment. At the 2019 sentencing, the judge cited the assailant's limited criminal record and ordered Mendoza-Melo to serve a 12-year sentence.

Bonham at the time was already working on legislation to allow for stiffer penalties when an assault victim suffers permanent severe disabilities.

Ezra requires round-the-clock medical care and can do almost nothing on his own. He has tracheal and feeding tubes, and a programmable shunt to keep fluid from building up in his brain. He’s legally blind and has between one to three seizures per hour.

John Swanson, Bonham's chief-of-staff, said Tuesday that SB 430 was "a new version" of Ezra's Law. Bonham is discussing the legislation with Senate leaders in hope of passage that has eluded prior versions of the bill since 2019.

Republicans are a minority in the Senate and the House, requiring more protracted negotiations to have bills they sponsor get the necessary hearings and committee votes.

"He's working through the established power structure," Swanson said. "It's a very tough hill to climb."

Bonham's bill is among 175 bills sent to the Senate Judiciary Committee, which has to schedule a hearing and work session to send the bill to the Senate floor no later than April 4. Any bill still in the committee would die for the 2023 session.

If approved by the Senate, it would go to the House Judiciary Committee, which is already dealing with 177 bills assigned to the committee. It would have to send the bill to the House floor for a vote no later than May 19.

Proponents say the beating of a small child that left permanent damage required more than 12 years of prison time.

"This is in essence a life sentence for Ezra," House Minority Leader Christine Drazan, R-Canby, said in 2021. "Folks like Ezra's family are serving it with Ezra."

Critics have said the language in the bill was too broad to give clear guidance to judges and juries on the standard for enhanced sentencing.

Previous versions of the bill also became ensnared in unrelated partisan fighting that led to a walkout and shutdown of the 2020 session, and delays in the 2021 and 2022 sessions that led to time running out on the deadline for the bill to be considered.

Senate Minority Leader Tim Knopp, R-Bend, said he believed the current Senate bill has a strong chance of approval. He is backing the bill and would work to gain passage in the Senate.

Senate Bill 430, the current legislation, lists only Bonham as chief sponsor, with no additional co-sponsors. Other lawmakers can sign onto the bill as it makes its way through the Senate and House.

Bonham has sought Democratic support for the bill in recent versions, with Rep. Paul Evans, D-Monmouth and Rep. Carla Piluso, D-Gresham signing on as co-sponsors. Piluso is no longer in the legislature.

Rep. Jason Kropf, D-Bend, is the new chair of the House Judiciary Committee, which would likely hold hearings on the bill if it first passes the Senate. He's discussed the bill with Bonham and sees a strong chance for passage in 2023.

"I'm a 'big picture' supporter of the bill," Kropf said Wednesday. "There may be a need for some modification, to get the language correct. I'm talking with Sen. Bonham and think we can get the bill done."

Tina Jorgensen, the grandmother of Ezra Jerome Thomas, testified in 2021 about the effect of the attack on her and her family.

“I was going to be able to cherish graduations, proms and even look forward to him getting married and building a family of his own someday,” Tina said. “He had a whole life ahead of him. I had a life of grandma moments to share with him. Sadly, my hopes and dreams for Ezra’s future were taken away on Nov. 19, 2017. Before that date, I lived a normal life. Every ounce of joy was taken from me that day.”

Bonham was elected to the Senate in November and was selected by his caucus peers to serve as one of the deputy leaders under Knopp.