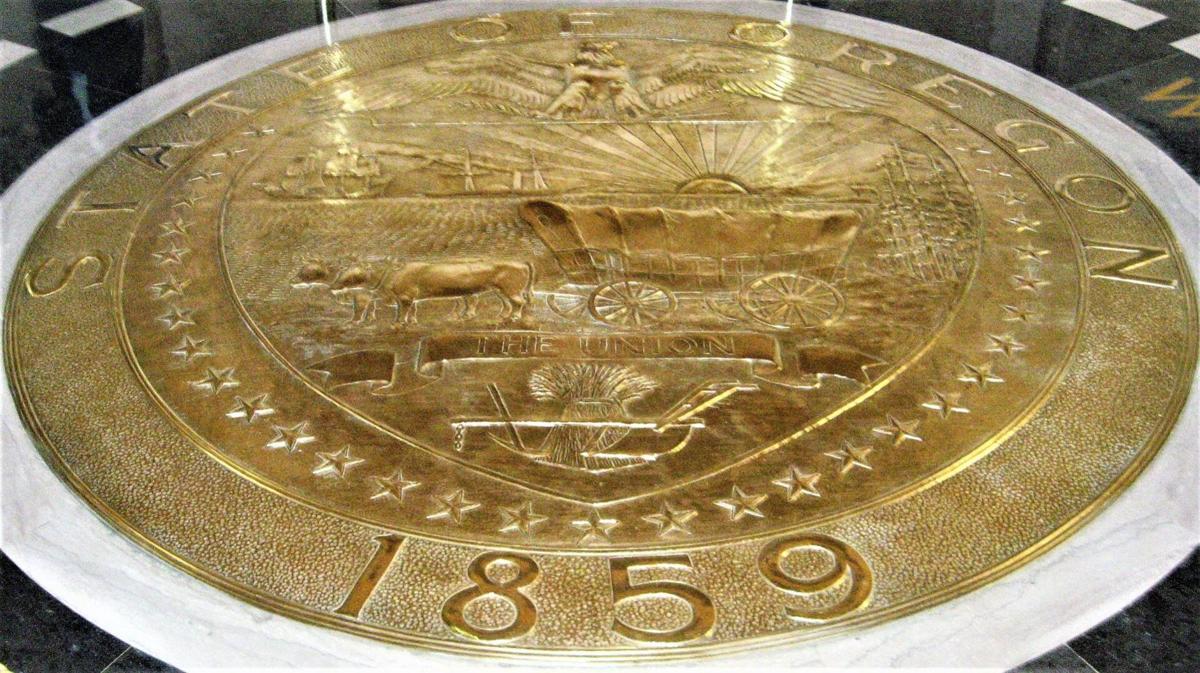 The state Capitol in Salem 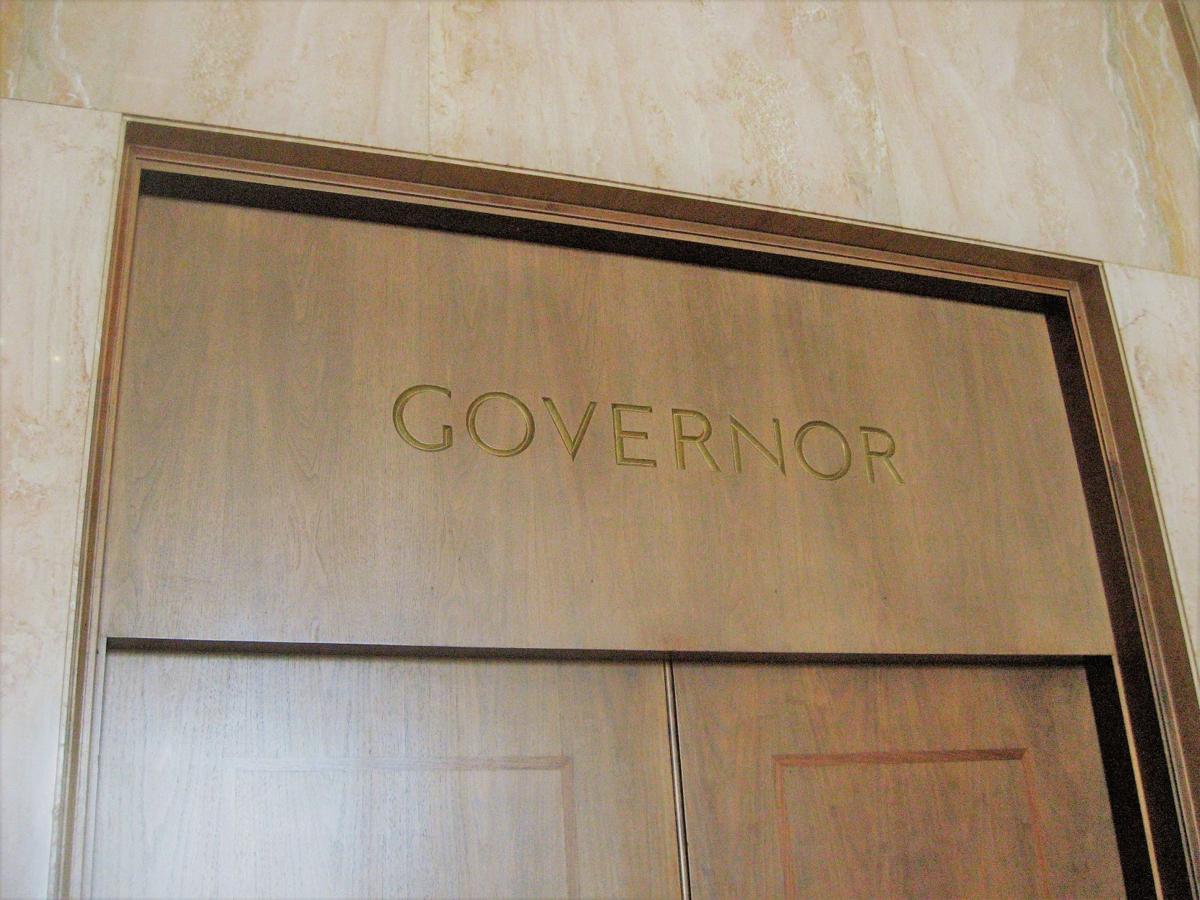 Sign over the door of the Governor's office in the State Capitol in Salem.

The state Capitol in Salem

Sign over the door of the Governor's office in the State Capitol in Salem.

The number of candidates running for Oregon  governor in 2022 is just short of two dozen after a pair of big announcements last week.

State Sen. Betsy Johnson, D-Scappoose, said Thursday that she was going to run, but wouldn't kick-off her campaign until January.

New York Times columnist Nicholas Kristof, a native of Yamhill County, formally resigned from the newspaper on Tuesday to concentrate on a possible campaign. But he hasn't officially decided yet.

There are 13 people — seven Republicans and six Democrats — who have formally filed with the secretary of state to run for the office being vacated by Gov. Kate Brown, a Democrat who cannot run again because of term limits.

The more significant move is to create a campaign finance committee to raise and spend funds for the governor's race.

As of Friday, there are 22 announced and potential candidates who have created the committees. Both Johnson and Kristof took that step last week.

The lists are a mix-and-match. Not all the candidates who have filed for office have created committees, while many, including the most prominent names in the race, have not filed to run.

Johnson amended her existing state senate fundraising committee to direct the funds instead to a run for governor. That immediately put her in front in the race for funding.

Johnson has has $503,808 in the bank, more than any other candidate. Johnson also amended the name of the committee to "Run Betsy Run." The committee's report showed no contributions or spending activity since Johnson announced her candidacy.

Kristof's campaign committee, named "Nick for Oregon" has shown no contributions or spending.

Johnson plans on running as an independent with no party affiliation, bypassing the closed Democratic or Republican primaries to make a bid to go right to the general election ballot in November. She will take the rarely used step of filing signature petitions to put her name on the ballot without a party designation. She has to submit 23,750 valid signatures, a number set every two years as equal to 1% of the statewide vote in the last general election.

Kristof isn't as far along in discussing his plans. The two-time Pulitzer Prize winning columnist and reporter took a leave of absence earlier this year to mull the idea of running. He's not all in yet, but is far enough along that the Times announced Tuesday that he was resigning from the paper, where he has worked since 1984.

“This has been my dream job, even with malaria, a plane crash in Congo and periodic arrests abroad for committing journalism,” Kristof said in a statement included in the newspaper's announcement of his leaving. “Yet here I am, resigning — very reluctantly.”

The moves by Johnson and Kristof winnowed the list of Democrats who are running, leaning toward running, or declared themselves out of the race.

In: House Speaker Tina Kotek, D-Portland and Treasurer Tobias Read top the list of Democrats who have announced so far. If all goes as planned, they will be joined by Kristof at some point. Johnson, a Democrat, will leave the party to run as an independent.

Barring a surprise announcement, the list of well-known Oregon politicians who have been widely expected to consider the race but have not made a definitive decision has shrunk to just Oregon Attorney General Ellen Rosenblum.

Rosenblum was elected to her latest four-year term in 2020 and would retain her job if she lost a run for governor. Under the constitution, the attorney general's office has no term limits.

Read was elected to a second term as treasurer in 2020. If he runs and loses, he would still have two years left in office. But unlike Rosenblum, he is constitutionally barred from seeking a third term.

Republicans haven't won the governorship since 1982, but a number of politicians from around the state are bidding to carry the GOP banner.

They include Sandy Mayor Stan Pulliam, political consultant Bridget Barton, Ashland businesswoman Jessica Gomez and Baker City Mayor Kerry McQuisten. Bud Pierce, who lost the 2016 special election for governor to Brown, is in for another try.

The announcements by Kristof and Johnson did not set off any high-profile reactions from those already in the race.

"Speaker Kotek is focused on representing her district and delivering results for the people of Oregon," said Thomas Wheatley, a Kotek campaign advisor.

While Brown has not endorsed any candidate, backers and staff from her earlier campaigns have splintered among the contenders.

Wheatley has been a top staffer with Brown, both as a campaign consultant and briefly in the governor's office.

Kristof's initial efforts have been assisted by Carol Butler, a veteran consultant who has worked on election bids by Brown, as well as Sen. Ron Wyden, D-OR, and Rep. Suzanne Bonamici, D-Beaverton.

Johnson's roll-out of her campaign was handled by Dan Lavey, a longtime Portland political consultant who is a former aide to Sen. Gordon Smith, R-Oregon.

Lavey is President of Gallatin Public Affairs, whose website describes the company as a "bipartisan, employee-owned small business." Its clients include Oregon State University-Cascades, The Portland Timbers soccer team, and Oregon Business & Industry, the main lobbying arm for 1,600 member businesses in the state.